International Workshop with the Royal Institute of Art (KKH)

Having been postponed for one year due to the occurrence of the Great East Japan Earthquake in March, 2011, this workshop was held in Stockholm, Sweden as a sequel to the one held in November, 2010 in Japan.
The theme of the workshop was “Time traveler”. Students discussed subjective time perception, and created works with diverse methods of expression. Each student showed a distinctively different approach towards the theme, resulting in a great variety of both tangible and intangible works.

How do differences in residential style arise among cities? Through observations of residential styles in two cities, Tokyo and Copenhagen, students attempted to determine how the city’s cultural context affects its residential style. With their mixed perspectives from two countries, students worked on creating a new residential style which cuts across their cultural differences.
This workshop is a sequel to one held in November, 2010, which took place in Tokyo. This time, 19 students from MAU visited Copenhagen and stayed at KARCH students’ houses. The experience of the home-stay encouraged greater understanding and enhanced the success of this workshop. 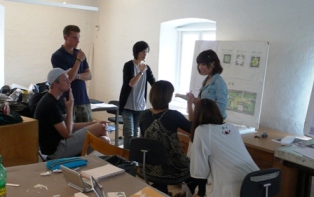 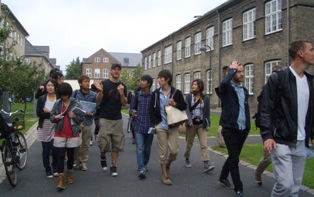 The aim of this project is to learn the essence of Finnish Design, which brings nature into our life, while adopting utilitarianism.
Participants from MAU conducted a workshop which introduces traditional Japanese culture and lifestyle by creating wooden chopsticks and small dishes. Students from both institutions sought to express their own individuality in the highly restricted forms of Japanese chopsticks and small dishes. At the closing of the workshop, students enjoyed Japanese food with their completed works. 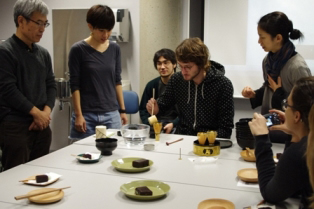 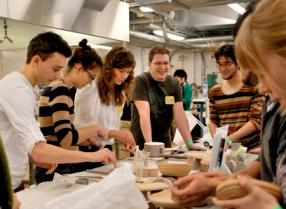 Thinking about the Environment through Research on Urban Color Design

The aim of this project is to investigate how historical design, especially traditional color design, influences the modern landscape in Asian countries. Students were divided into groups and conducted presentations based on colorimeter analysis and field research into designs in ancient towns of Lugang. 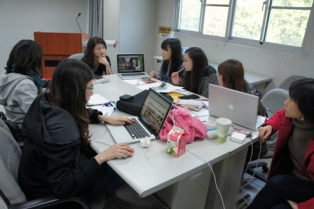 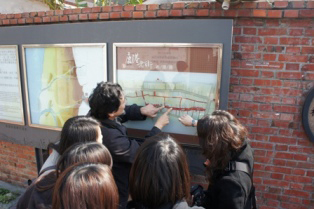 The aim of this project is to promote cross-cultural communication and to exchange educational experiences of two countries, Australia and Japan.
Participants conducted field recording in both countries, taking up the issues of the educational, social and economic situations in urban and rural areas of each country. With the recorded sounds and images, students created works which reveal the cultural and environmental differences between Australia and Japan, and conducted presentations in Melbourne and Tokyo. 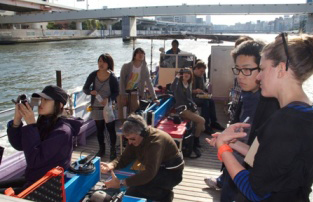 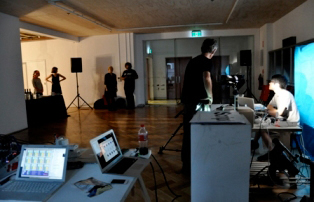